What are singles chat rooms all about? 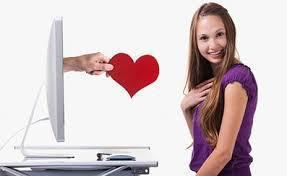 Why you should check out singles chat rooms

If you’re new to the internet or from a different planet or something, you may be wondering what singles chat rooms are all about. It might be helpful to imagine Reddit, except live. It’s a place where anyone can go anonymously (or not if they choose) and start up a conversation with anyone who is in the room. What you may not know is that online chatting comes in many different forms.

Omegle type sites have made a business out of providing random one-on-one conversations that pair you with another user from anywhere in the world. Mostly Omegle is used for cyber sex, but new and exciting uses are being discovered every day. You can chat about pitfalls of socialism, your favorite football player, how you smell oranges every time someone drops their keys, or whatever else you please. But again, they’re mostly used for cyber sex.

There are also group chats that allow you to interact with several users at once. While the conversations don’t necessarily have to be about cybersex, nine times out of ten, that’s what they’re going to be about. Sure, you can talk about the rise of Trump and the death of neoliberalism if that floats your boat. But most people are going to want to talk about fucking; just a heads up.

Sex cams are a paid service where you can meet and chat with paid performers and have them give you private one on one performances. Think of a strip club, but on the internet. In many ways, cam girls are actually better than strippers. For instance, if you whip out your cock at the strip club they’re probably going to kick you out. Plus, the other blokes aren’t going to appreciate it much. Web based sex cams are like strip teases over the internet for your private viewing pleasure. You can wank if you want to and the girl on the other side of the camera won’t mind at all. Basically, that is exactly the service she is providing for you, and she does it in the relative privacy of your own home. Sex cam sites, for this very reason, have become a multi-million dollar industry, but not all are created equally. Some of the best cam sites, like the ones I’ve linked to, provide a professional and trustworthy service that many men are more than happy to pay for. The girls perform live sex acts on camera and are willing to take direction from you, at their discretion.

Singles sex chat can also be found for free on several sites across the internet. Although you won’t find many naked ladies on the site, you will find a lot of naked men with webcams pointed at the cock in various stages of erection. However, singles chat rooms are becoming more popular, especially as anonymous one-on-one cyber sex chatting begins to take off once more.

These sites are becoming more and more popular, especially with the younger crowd, so adult dating sites, and other web based business are now scurrying to keep up with the demand. Given the propensity for the younger generation to engage in online chat rooms, it’s very likely that you’ll see this functionality extended to a higher degree on adult dating sites and swinger dating sites as well. You already have many of the best features recently developed for these sites, such as cam to cam chat, and singles chat rooms, so if you’re interested in meeting new people, adult dating sites are probably your best bet. But if you’re in a committed relationship already, you might want to consider trying out the sex cam sites.

Can internet sex chat save your relationship?